The Definitive Study of Human Performance

The Definitive Study of Human Performance

The study presented here charts performance. The theory of performance says every activity, trade or profession charts the same. See below.

The purpose of this study was to determine the performance of each professional in the entire population of tax & accounting professionals. This explains why small privately owned businesses pay more tax at higher rates than the global 500. They don’t have access to top notch tax professionals.

The results of the definitive study on expertise will startle you. It is so dramatic it’s hard to believe.

We discovered the best professionals in any trade or business perform 100 to 1000 times better then average professional. A few outliers outperform the entire population by startlingly tremendous amounts. There is so much difference, top performers and average performers can’t even understand each other. 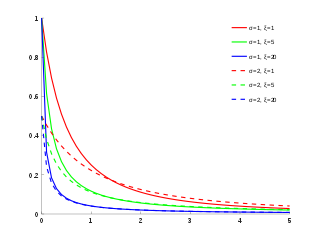 The following chart is a Pareto chart of 707,000 actual live tax & accounting professionals. 654,000 CPA’s & 53,000 IRS Enrolled Agents. Every chart of human performance will look identical to, or very close to, this chart, which we commissioned.

It’s basically an L. The Pareto Curve has the largest numbers on the far right. The far right would extend off the page and into the next block if we charted it accurately.

Specifically Applied to the Tax Profession

According to Rutger Hoekstra, there are 100,000 multinational corporations, all of them hungry for elite tax talent. But, out of a total of 707,000 tax practitioners, only 78,700 perform better than 50% competence, and the numbers continue declining as performance rank improves. That means some multinationals have no tax practitioners that rank above 50% performance. There is a severe shortage of tax talent, which means Global companies are competing of the same tax talent that staff local practices. There simply isn’t even enough proficient tax preparers for each multinational to have one. So you can bet they are fighting over every mediocre tax talent out there.

What do you think your chances of finding a decent tax talent.to do your taxers?

This is a problem Ellis can solve.

I’m a right brained, intuitive, mensan, genius with a distinguished career at the highest levels. I graduated with the highest grades and was recruited to the biggest & best accounting firm in the world. They hired me during my junior year in college. I spent the first half of my career with them & in C suite positions at 2 Fortune 500’s. After attempting to LBO my employer & running for Congress, I founded this private practice as the first cloud based CPA firm.

In two tests of accounting & tax mastery, I ranked in the top percentile.  Our entire staff of 10 to 12 is elite. By keeping our firm at that size, we are able to avoid regression to the mean and attract & retain elite level talent.. We are the only alternative you have.

You don’t have access to a top performing tax professional because they are all employed by the Global 5000.

Our founder ranks in the top percentile of intellect, intuition, experience. At Ellis we provide the best professional performance available to privately owned businesses.

Several years ago, I ran across an  article in Business Insider that completely captivated me. Here is what caught my eye. “A new study provides evidence that individual performance doesn’t fit on a bell curve (with its stable average and limited variance), but follows a distribution in which the average is unstable, the variance is infinite and the prevalence of outliers is much higher … There was consistently a sizable number of outliers, ‘elite performers” in each profession that accounted for the lion’s share of output while a majority of workers performed below the mathematical average.” (Business Insider)

That hit like a bolt of lightening.  It summarizes the concept perfectly.

Over time, I found other references to this phenomenon.

Also years ago, I was attracted to a quote by Steve Jobs about software developers. It stuck in my mind, so after the Business  insider article, I searched it out and researched the circumstances. I soon found a bevy of similar quotes. Jobs was obviously an extremely bright guy, so I’m not surprised he figured it out through observation. But I am surprised no one took him seriously.

You can find a decent discussion of this phenomena in Taleb’s book, Black Swan. At location 5280 in Black Swan, Nassim Taleb briefly discusses extreme outliers in a Pareto Chart.

Derek Thompson’s book, Hit Makers. “One fifth of the movies took four fifths of the box office. In book publishing, 90 percent of revenues come from about 10 percent of books. In digital markets, it’s even more extreme: 60 percent of all app store revenue comes from just 0.005 percent of companies. For hit makers, the vast majority of bets are failures. The difference between a great year and a terrible year in publishing might come down to a tiny minority of deals.”

Vilfredo Federico Damaso Pareto was an Italian engineer, sociologist, economist, political scientist, and philosopher. He made several important contributions to economics, particularly in the study of income distribution and in the analysis of individuals’ choices. But he missed the big picture.

“Top performers are not twice as good as average performers. It’s more like 100 times better. Everything that matters in business isn’t linear, it’s exponential. 80/20 is about Power Laws –powers of 10. You should always think in multiples of 10.” (Perry Marshall, 80:20 Sales & Marketing.)

Also, take a look at the Pareto curves on pages 85 & 89 of Peter Thiel’s ‘Zero To One.’ Substitute ‘performance’ on the X axis (or left margin) & ‘total population’ on the Y axis across the bottom. “This Pareto principle has been extended to mean that 80 percent of sales often comes from 20 percent of products.”

After running tests on professions with derailed performance re odds available, professional sports, I turned my attention to the tax profession  here is what I found

Some people knew a Long time ago

“Four-fifths of everybody’s work must be bad. But the remnant is worth the trouble.”–Rudyard Kipling

“Using the standard that 90% of science fiction is crap, then 90% of film, literature, consumer goods, etc. is crap.” –Theodore Sturgeon

In the tax industry …

Since the Big 5 and Global 5000 have a bigger appetite for top talent that 25,690, you will have a hard time trying to find someone in the top 90% to be your tax adviser. Basically all the talent performing above 10% (35,709) are employed by Big 5 accounting firms and the Global 5000. The remainder (332,000) fall into the small to medium sized local & regional tax & accounting firms. These are the people available to advise you on tax.

Ellis CPA is a top performing firm with a national reputation and various areas of expertise. Tax strategist • though leader • leading the tax industry into the 21st century • elliscpa.us • qwktax.com • bizztrategy.com

Our founder & CEO ranks in the top percentile on this chart. But more important, or systems make it possible for everyone on our staff to perform at the highest levels. Our CEO also scored at the top of the scale on exponential experience and intellect. He’s a genius level Mensan. That combination of intellect, aptitude & expertise are the primary determinants in proficiency, competence & performance. Our principal was trained in the Big 5 and in Fortune 500 C suites. He has genuine expertise in tax.

Noticeably intelligent people have observed over the years that extreme performance exists in the long tail on the left margin of Pareto charts of every profession and every measurable phenomena on earth, such as best sellers and hit records. The 80/20 rule, which scratches the surface of this phenomenon, says, “80% of the land in Italy is owned by 20% of the people.” In the course of my reading, I discovered Pareto Charts were showing some startling things about outliers. Outliers represent a tiny portion of the population but they occupy the the top half of the performance scale. In fact, a mere handful occupy the top 80% of the performance scale. They outperform the rest of the population by unimaginable degrees, from 100 to 1000 times.

This is how tax professionals rank on performance.

I love this quote: “I think the finance (tax?) field is being overrun with dull and repetitive business people, who are doing the minimum possible to get by, with apathy, and complacence, and generally achieving mediocrity.” Oren Klaff

Expert: a person who has a comprehensive and authoritative knowledge of or skill in a particular area. I.e., “a financial expert” The four components of expertise are: Intellect + intuition + experience + performance. I personally rank in the top 1% in all four areas. My staff bright as well.

How Can We Help You?